Showing posts from January, 2022
Show all

Making Music with the Carmelites 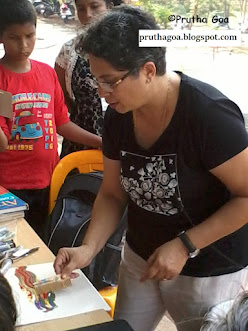 The Muzgachem Fest at Carmel College of Arts, Commerce and Science for Women, Nuvem was a flurry of musical notes, art and delving into Goa’s cultural roots. On the 9th of December 2017, Marius Fernandes organised his penultimate cultural festival in collaboration with the women’s college which was established in 1964. The campus was abuzz with the chatter of young women around the college’s trademark trees before the basketball court. Clarice Vaz Artist Clarice Vaz, who specialises in spin painting, fluid painting and syringe painting, was on form demonstrating painting using combs and brushes with her usual enthusiasm. Alexyz, the cartoonist, introduced visually impaired artist Stacy Rodrigues, an ex-student of Carmel Higher Secondary School. The indomitable Stacy spoke about her struggles with her eyesight and how she had conquered them. Savio Godinho spent time entertaining the young Carmel ladies with painting attractive images on their forearms. Akshay Chari, a graduate of the Go
Post a Comment
Read more

The Story of Space: Comprehending Space in Different Contexts 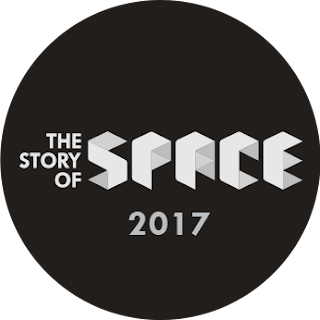 The Story of Space follows 2015’s successful The Story of Light Festival, which was made a reality by 62 artists from 12 countries, and the organisational skills and conceptualisation of Jaya Ramchandani and Nash Paul D’Souza. The interactive interdisciplinary learning endeavour garnered a sizeable number of visitors. Earlier, Goa was chosen as the venue for The Story of Light for its favourable artistic and cultural climate, and locations that provide appropriate spaces for the progression of the various components of the festival. This year too, The Story of Space, which has been underway since the 10 of November 2017 in Goa, will wrap up on the 19th of November. ‘The Story Of’ Foundation, which has been registered under The Societies Registration Act 1980 since 2014, continues with its scheme of informal learning through a number of media, such as photography, films, text, sculptures, dance, theatre, poetry, and drawing; focusing on projects related to physics, politics, perception,
Post a Comment
Read more

Old age becomes a curse to many and the challenges that one faces at as vulnerable a time as this are many. The United Nations Organisation celebrated 15 June as World Elder Abuse Awareness Day because the number of older people is predicted to increase exponentially between 2015 and 2030, more so in developing countries. Along with this trend, there will be a rise in abuse of older persons. To check this violation of human rights, the UNO seeks to draw attention to this problem, which is essentially a global issue. The theme for 2017 is ‘Understand and End Financial Abuse of Older People: A Human Rights Issue’ and the matter was discussed particularly with regard to elderly people in Goa, at the Friday Balcão in Mapusa. In the past, there have been incidences of elderly parents being divested of their property through forged signatures or using chicanery to obtain valid signatures and then dumping them in old age homes. Elderly individuals have been hoodwinked in the same way by trust
Post a Comment
Read more 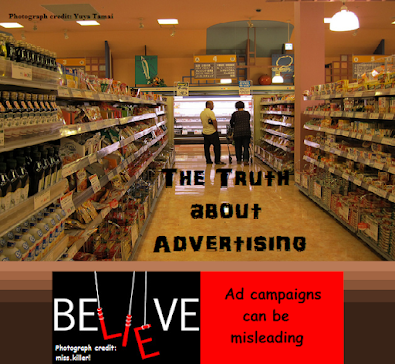 How would you feel if you discovered that you were being lied to constantly? That the products being advertised via various media may not be exactly what they are portrayed to be? And that often you are a victim of outright chicanery? Walter Vieira, Chairman of the Consumer Education and Research Centre , Ahmedabad, spoke on consumer awareness, the outrageous claims made by the manufacturers of products and what people can do to take the deceivers to task. Mr Vieira delivered his talk at a lecture session titled ‘When will consumers wake up and protect themselves?’ at the International Centre Goa. The consumer awareness talk was co-organised by GoaCAN (Consumer Action Network) and the International Centre Goa . ‘The cheating that is going on in the country…with products, with services, with what have you, has reached phenomenal proportions,’ says Mr Vieira. The simplicity of the advertisements of the yesteryears cannot be denied. The Amul girl, for instance, was an integral part of t
Post a Comment
Read more 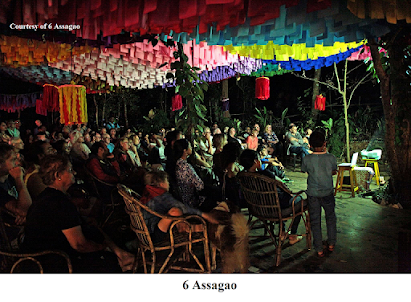 6 Assagao appeared on the scene in Goa three and a half years ago as a confluence of art, intellect and social activism. Nilankur Das, who is part of the team that makes the events at 6 Assagao a reality, reflects on a social awakening birthed by the turbulent atmosphere of Assam in the '80s. Marked by political unrest, student agitation, secessionist movements, the Indian Army’s combing operations and the President’s rule, this time period shaped his motivation to work in the development sector, and later in outreach and communication programmes. People Tree, which was founded by Orijit Sen and Gurpreet Sidhu and functions as a space for products of unique design, began as an alternative bookshop in Delhi housing textile products and accessories. Far more than an ordinary store, People Tree boasts of having been the nurturing ground for social movements and the mentor of 6 Assagao. Nilankur says of People Tree, where he once used to have his activism T-shirts on display, ‘People T
Post a Comment
Read more

The SafeGoa Project: Working towards Women’s Safety in Goa 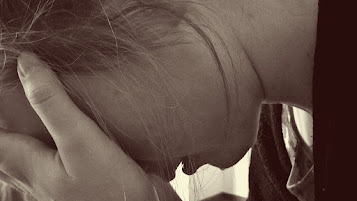 In 2014, as former president Barack Obama launched a task force to prevent sexual violence against women in colleges in the USA, he said, ‘You can judge a nation and how successful it will be, based on how it treats its women and its girls.’  And how true this statement rings as we find our nation, India, among the top five countries in the world deemed unsafe for women as per a Thomson Reuters Foundation expert poll report. Culturally regressive behaviour and the gender divide has tainted us with atrocities in the multitude committed against women. Indian women on their part tend to cower in the face of rape, molestation, sexual harassment and other sexually charged crimes. This is an automatic reaction to the ingrained fear of social stigma. Yes, there is a need to change the mindset of society, but it can take a while before anything happens in that direction. Nevertheless, there are other infrastructural changes we can make in our villages, towns and cities as an immediate measure
Post a Comment
Read more 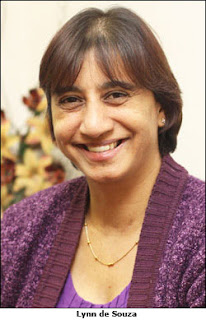 A person upholding ethics is a rare experience in the world today. Finding an individual investing time, money and expertise solely towards promoting social causes is an even rarer occurrence. Lynn de Souza has achieved all that a career woman could hope to gain in life and has now devoted herself to giving social causes momentum through her media company Social Access Communications. Lynn, who is originally from Goa, has had a successful career spanning 25 years as a media person. Her versatility covers business acumen, sports (she has been a tennis champion), veterinary nursing, and women’s empowerment. With an MBA in Marketing, Lynn has been employed by prestigious advertising firms such as Ogilvy, Grey and Lintas. After a four year term as chairperson and CEO of Lintas Media Group, Lynn quit in 2012 to set up Social Access Communications in 2013. Lynn is no stranger to humanitarian works and has been instrumental in setting up an animal hospital and shelter (Socrates Oliver Veterin
Post a Comment
Read more

The Senior Citizen’s Role in a Democracy Once you enter the category of a senior citizen, you are put out to pasture: inconsequential and dispensable. There was a time when ageism was not even a word, but today we have to address this issue very often. In India, we have not managed to deal with the problem head on, even though the United Nations leads an ongoing campaign themed ‘Take a Stand against Ageism’ to curtail the discrimination of people based on their advanced age. The attitude usually trends towards the idea that age makes people ineffectual and that younger people are more ‘with it’. But is it a dead end for people who have retired and are now senior citizens? We fail to realise that there are numerous older people who, with their immense experience and expertise depending on the professional careers they have had, can contribute in jump-starting monumental positive changes in society. The problem lies in the fact that many older persons do not realise they can play a significant role in civic decision making in I
Post a Comment
Read more 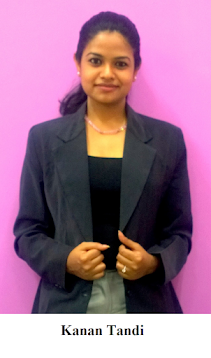 Incredibly confident and light-hearted in her manner, Kanan Tandi is an advocate of understanding people through their body language and, very significantly, detecting and appreciating different types of intelligence. She posits her own case where she began with the sciences, although she despised mathematics, and switched to the arts and humanities for her undergraduate degree. She says, ‘Because I wasn’t good at maths, I was told I was dumb.’  Earlier, mathematics held her back, but as an arts student she was able to fulfil her potential in history by earning a 2nd rank at the Utkal University BA examinations. This impressed Kanan’s father to such an extent that he shipped her off to Delhi to prepare for the IAS examination.  Delhi had different plans for Kanan as she wandered into radio jockeying but had to give it up owing to lack of funds. She began dabbling in tarot card reading and numerology. Her tarot mentor piqued her interest in body language as she was guided to adjust her
Post a Comment
Read more

The Goans’ Right to Time Bound Delivery of Public Services 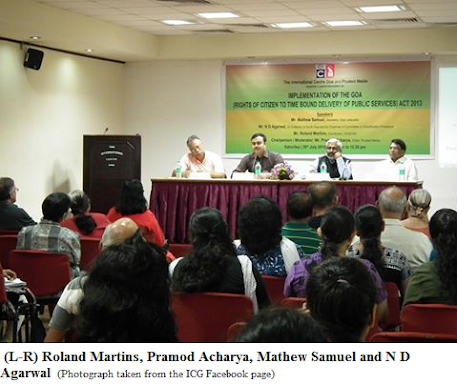 One of the most common complaints we have regarding bureaucratic workings and the pace of progress in any governmental organisation, is the paucity of concern and indolence. Only recently, a few departments have pulled up their socks, as in the case of the Indian Passport Office. However there still remain other departments that need to be woken up. A ray of light has appeared in the garb of an Act, a legal enactment to place more power in the hands of the common man and allow him to combat corruption and indifference. At a panel discussion on the implementation of the Goa (Right of Citizens to Time-Bound Delivery of Public Services) Act 2013 at the International Centre Goa, the implications for government agents if they did not maintain a good standard of performance were put forth. Secretary of Goa Lokayukta, former collector of South Goa N D Agarwal and the coordinator of GOACAN Roland Martins,  were part of the panel with Pramod Acharya, the editor of Prudent Media, acting as the m
Post a Comment
Read more

India and Its Future in Farming 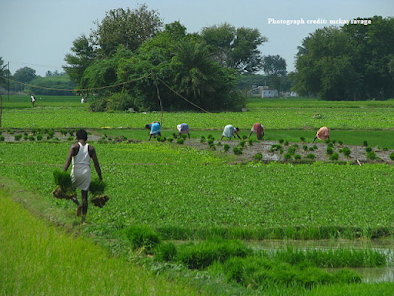 India, as a predominantly rural economy, has much to look forward to in the area of agriculture to seed the economic progress of this nation. However, agriculture related policies do not dominate political discussions and the apathy towards this sphere is apparent in the drought situation faced by the nation most recently (2015-16). Dr Yoginder K Alagh, who is Professor Emeritus at Sardar Patel Institute of Economic and Social Research in Ahmedabad and Chancellor of the Central University of Gujarat, provided some insight into the mechanics of agriculture leading the way to India’s fiscal development at the International Centre Goa, Dona Paula. Speaking on the future of Indian agriculture, Dr Alagh expounded that a perspective is needed in terms of agricultural development. The Planning Commission has been abolished, making way for Niti Aayog, which has its own policies. Though the Niti Aayog has been asked to develop a perspective in terms of agriculture, the common complaint Dr Alagh
Post a Comment
Read more
More posts