Panjim through Its Signage

A walk around Panjim city with Vishal Rawlley revealed the city in a different light, one never envisioned. As a citizen, one can become jaded in the approach to one’s own heritage, only because it is what we see on a daily basis. We walk through the city without taking in the subtle signs of Goa’s past dispersed all over.

Vishal Rawlley is a man of versatility: a graphic and web designer, documentary filmmaker, illustrator, storyboard artist for feature films and so on. He says, ‘I grew up in a small town in Orissa, and cities were a fascinating place. You know, everyone wants to go to the big city… I studied filmmaking and made a lot of documentaries on urban culture, cities and city communities.’ Vishal, who spent 15 years in Mumbai, was involved in a project called TyPoCiTy, documenting and categorising typefaces in the city of Mumbai in view of graphic design and social importance. This project was the result of a research fellowship received by Vishal Rawlley and Kurnal Rawat from Sarai New Media Initiative. The typography project helped dig deep into the culture of the city, and the various techniques and styles of typefaces used to produce signage told the history of the time that the signs were produced in.

Having spent 6 years in Goa, the allure of Goan signage was not lost on Vishal. He began researching the typography of Panjim city to discover a whole new learning ground where his past research was a welcome asset.

Panjim became the capital of Goa on the 22nd of March 1843 as Cidade de Nova Goa. An epidemic in Old Goa in 1759, the previous capital of Estado do Índia, led to the gradual transformation of Nova Goa, making it Goa’s new capital.

Vishal says, ‘My interest is in urbanism. Learning how cities became the sites for all civil rights, all kinds of legislation… right to vote, right to establish government, right to ask for services…’ Planning of the cities in terms of accessibility and finding your way about them, open spaces, greenery, parking, etc. Cities are also centres of equitability which are a sanctuaries for people of diverse backgrounds. Although this may not be actualised per se, as seen in the development of rich areas and poor ones in cities, the concept of equity is derived from what cities are meant to stand for. Urbanism is not only about the structures found therein but the mindset of the people, expressing a democratic set up, which sets them apart from the rural approach to life. 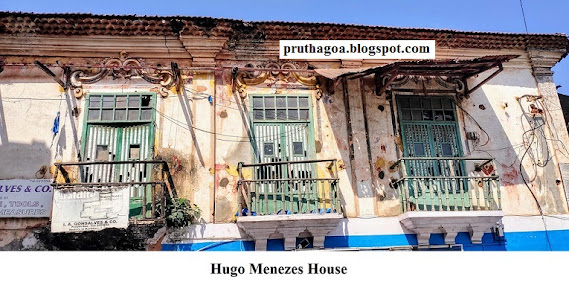 The walk started at the original entrance to Panjim ie the Patto Bridge, an extension of Ponte Conde de Linhares, which is a 3.2 Km causeway linking Ribandar to Panjim. This causeway, with its arched culverts acting as tide controls, is an architectural achievement of its time. It was completed in 1634 and was once the world’s longest causeway.

Reminiscing about the days of zero traffic congestion with the rare motor vehicle being signalled to go or halt at the Patto Bridge led to a sign for a tailor’s shop, now closed. The sign remains as a testament to a time when tailor-made clothes were the norm. Tobacco Square, which has its name from the General Post Office being the depot for trading tobacco, gives us a good idea of what was considered commercially significant in the city. The signs on the old shops have the year they were established in. The Capela de São Tomé and Hugo Menezes House (19th century) and Casa da Moeda (Mint House) are also part of this Square. The infamous pillory where the rebels of the Pinto Revolt were executed was situated within this area. Besides these you have locksmiths, jewellers, etc in the Square.

Gentrification of areas can bring in enterprises that make costs prohibitive for the old residents. ‘Yippies, graffiti artists, tattoo artists are the first people to go to a grimy neighbourhood and start setting up stores which open up the place to gentrification,’ says Vishal, commenting on how certain places can have their character changed drastically. 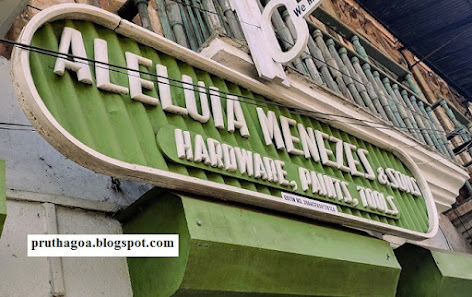 The signage in Panjim includes Portuguese words and typeface of the period in which they were established. You also find signs with the Portuguese spelling of Hindu names eg Xantaram (Shantaram), etc.  There are biblical quotes that are sometimes found in Goa as well as graffiti that add to the identity of a city and tell a story.

The architecture here is of the ornamental Baroque style, which was followed by the Art Deco Period. Art Deco is the product of the Industrial Revolution where functionality was more important so machine-cut, streamlined forms emerged. ‘Form follows function and function was important. The idea of egalitarian, machine-made, cheaper… things. The idea was progress and there was a whole proletarian movement. That’s when most cities were established as cities, not as kingdoms or forts. This was a city in the modern sense of a city,’ says Vishal. We have people migrating, mushrooming of slums, hygiene and sanitation issues, roads being built, traffic rules, and so on.

You can find typeface of the Art Deco Period, with some signs having the serif font with a bevelled shape as in the ‘G X Verleker & Sons Jewellers’ sign. The signs have the family name, which gives you a history of the family and where they may have originally come from. Vishal says, ‘Many of these shops are like mini museums with black and white photographs of their ancestors…old display cases.’

Indeed, there is much to see and learn within the city of Panjim. Next time you are in the city, take a leisurely walk through the city, learning more about it from every aspect and angle possible. There is a wealth of information to gain from paying attention to finer details. 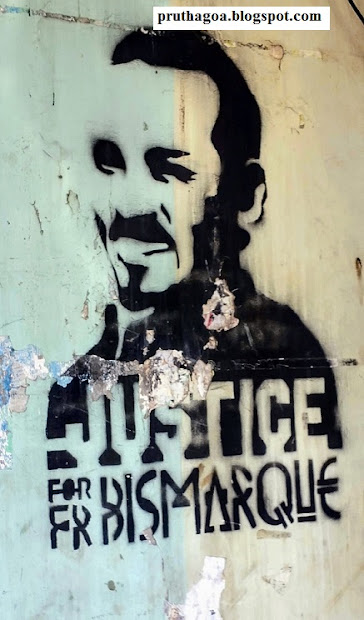 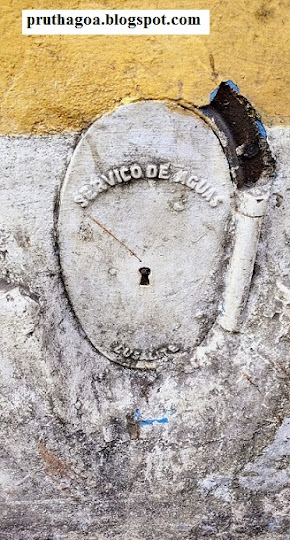