XCHR is a renowned research institution established in 1977 that holds a vast treasure house of historical manuscripts from the 18th and 19th centuries, some even older. Of particular significance are the manuscripts from the House of Mhamai in Panjim. One of the Centre’s main aims is to draw scholars as well as the common man to open democratic discussions on various topics. 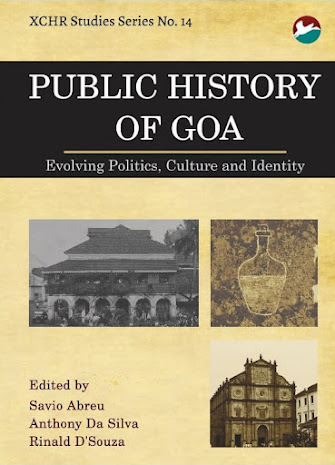 The History Hour at XCHR, which is one such avenue for intellectual discussions, was introduced by former director Fr Délio Mendonça SJ with the support of Goan journalist Frederick Noronha. This was meant for the general public to be able to avail of the results of historical research and studies. The first History Hour took place in January 2004. From then it has been held almost every month. ‘History Hour has been a platform for different scholars and history enthusiasts, people who have a love, a passion for history. People who need not be academic historians,’ said Fr Savio Abreu. This has resulted in people from various areas of expertise giving talks at XCHR yielding a collection of varied topics of interest.

When the hundredth History Hour was at hand in 2016 discussions began about the need to document these informative talks. Fr Savio said, ‘Very often history is limited to the classroom. And most of the time that history is dynastic history. It is the history of kings, queens, illustrious people, elites and that’s it. But we really study history outside the classroom. The History Hour was basically that. It was something for the common people outside the classroom set up. That is how the whole idea of public history came about … This is history of the people, by the people.’ Because it involves more than just archival sources and incudes oral history, interviews, discussions and visual material, the title Public History of Goa seemed apt. More importantly, it is a history that is growing and is dynamic. 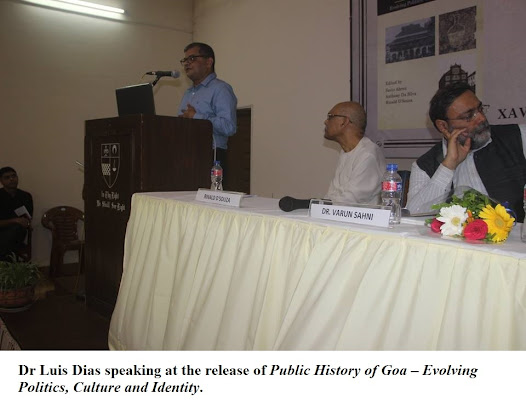 Public History of Goa has twenty edited papers in keeping with the theme of public history. The difficulty of contacting the resource persons made the process of completing the book a long one, taking them three years from 2016 to 2019. The book presents aspect of Goa such as its history, literature, politics, culture, language, economics, etc.

One of the contributors, Sushila Sawant Mendes, Associate Professor of History, Government College, Quepem, Goa, spoke about her lecture on ‘The Journalistic Oeuvre of Menezes Bragança and the Element of Free Thought’ which was a chapter in her doctoral thesis. She said, ‘The discussion about free thought is not a topic with a full stop. It started with Menezes Bragança and will not end tonight.’ She spoke of Menezes Bragança’s criticism of the Roman Catholic Church, how he advocated the use of rationalism and logic and his writings about the various forms of government in Portugal. The existence of the caste system was deplored by Menezes Bragança, and Sushila Sawant Mendes, who never believed in the caste system herself, said, ‘Having studied Menezes Bragança, I think it is very important for the development and progress of our country to stop these regressive practices such as caste…’ 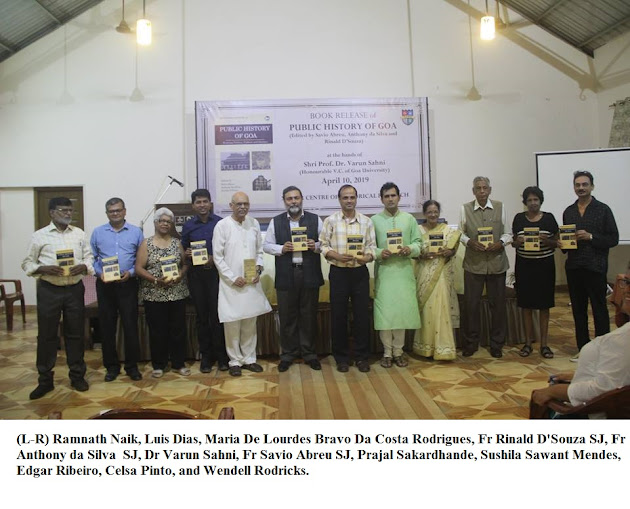 Dr Luis Dias, another contributor, spoke about the history of his house, Casa da Moeda, which functioned as a mint house from 1834 to 1841 during the Portuguese rule (Read more about Casa da Moeda here: https://www.pruthagoa.com/living-in-a-mint). ‘I have learnt such a lot from these fifteen years or so of History Hour. I can think of so many memorable History Hours I have been to where I learnt a lot that I would not have if I hadn’t attended. It is all the more important because history is being selectively put into or taken out of textbooks to match the views of whichever government may be in power. I think this is a yeoman’s service that the Xavier Centre is providing to us,’ said Dr Luis Dias.

Maria Lourdes Bravo da Costa Rodrigues spoke on the misrepresentation of Goa by world renowned publications such as the World Book Encyclopaedia and the Encyclopaedia Britannica and warned that all research books should be checked for fallacies and not taken blindly as the truth. Examples are labelling Margao as a sea port, calling Goans Goanese, claiming that majority of the population of Goa is Christian and so on.

Contributor and fashion designer Wendel Rodricks told the audience about his experiences in researching and writing Moda Goa-History and Style, about the clothing of Goa. He said, ‘I am very happy to say that this centre, the Xavier Centre of Historical Research, is where I began my journey in 1998, I made a book which has now become a museum.’

Public History of Goa – Evolving Politics, Culture and Identity has been published by Cinnamon Teal Publishing and is on sale for the price of Rs 250.