The Luso-Indian Stethoscope: A Review 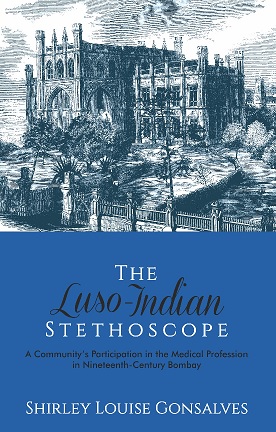 Shirley Louise Gonsalves’ book The Luso-Indian Stethoscope delves into the history of having Luso-Indians, mainly Christians, play a prominent role as medical professionals in the 19th century in India. The non-fiction book is an academic read, and rightly enough, since the research undertaken for the tome was part of the author’s study as a postgraduate student at the School of Oriental and African Studies, Dept of History, University of London. Shirley Gonsalves provides an understanding of how terms such as race, caste, religion, etc may have held different meanings at various points of time and the effect these differences had on the willingness of people to identify themselves or not with a particular identity group. Broadly categorised, Luso-Indians were indigenous people from the Konkan region whose ancestors had been ruled by the Portuguese and converted to Catholicism. The book talks about clearer definitions for terms such as caste, race, religion, and so on being introduced
Post a Comment
Read more

Beyond Bandra: A Review 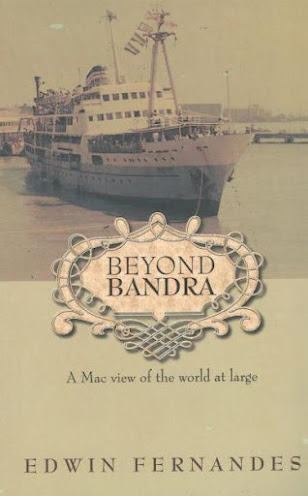 Edwin Fernandes strikes one as an eager storyteller, who has perhaps not had his literary talent tapped to its utmost owing to the fact that he had not the time to devote to it exclusively. This ‘accidental’ banker, who held journalistic aspirations as a school boy, would follow the conventional path of a profession safer than the whimsical world of literature and climb his way up the career rungs to become a general manager at IDBI. However, his writing continued to some extent unabated, having the honour of his writings appearing in publications such as Mid-Day , The Teenager , The Statesman (Kolkata) and so on. He even edited the IDBI house journal for over a decade. His first book was Patna Ponderings , a compilation of essays written during his posting in Patna. From there Edwin ventured into the world of blogging where he achieved considerable success, being listed as one of Sulekha.com’s top ten bloggers. Beyond Bandra , the author’s latest offering, is a collection of blog wri
Post a Comment
Read more

For the Love of Books 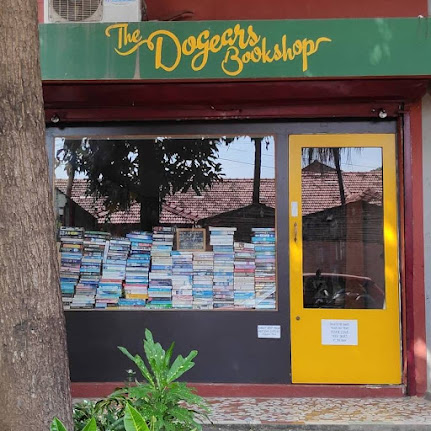 The dynamic duo of the publishing world in Goa, Leonard and Queenie Fernandes, prove that partnerships can be successful at every level: as spouses and as business partners. Their award winning publishing company CinnamonTeal Publishing, now called CinnamonTeal Design and Publishing, has come a long way since the initial stirrings of their book publishing venture. Leonard has a Bachelor of Engineering from Goa University and an MBA from the Ohio State University. He has worked at Tata Infotech Solutions, Anthem Blue Cross Blue Shield in Cincinnati, CarrefourSA in Istanbul, and at Bank One in Columbus. Queenie, a former student of Carmel College for Women, Goa, has a Master of Economics from the Gokhale Institute of Politics and Economics, Pune and has experience in working on research projects for Maharashtra Industrial and Technical Consultants Limited (Mitcon) and the Gokhale Institute of Politics and Economics. She has also been part of the India-Irrigation Impact Study Project of t
Post a Comment
Read more

Saving the Amins of India 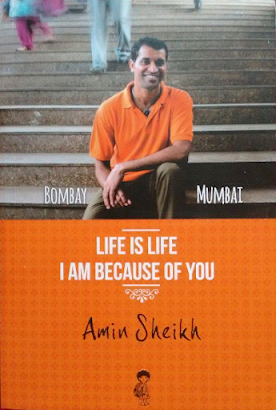 Whenever we see bedraggled little children begging or selling wares in the streets, markets, and bus and train stations, our first reaction is not to take any responsibility for them. Understandably, it is not within the means of most ordinary people to do much and the onus is usually on nongovernmental organisations to take up the challenge of providing these children with the opportunity of a better life. One often wonders how these children survive on the streets and how many make it to adulthood without succumbing to violence or disease. One wonders about the evolution of some of the fortunate ones who have received sanctuary in time. Amin Sheikh is one of those little children who lived an extraordinary life that would eventually take this young man from being a beggar in Bombay to a stature that would land him in Barcelona. Amin Sheikh’s life was brought to the stage by Communicare Trust, an NGO in Goa that focuses on adding to people’s linguistic skills and works with underprivi
Post a Comment
Read more 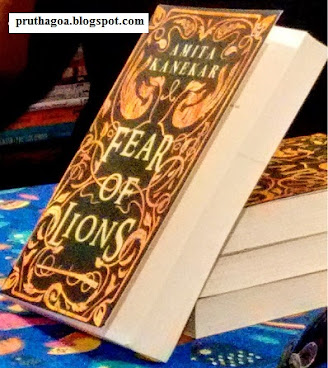 Amita Kanekar’s new historical novel Fear of Lions transports us into the world of Aurangzeb – a world of contradictions, where extravagant lifestyle and abject poverty are prevalent side by side…where a rebellion so powerful, led by a rumoured witch, threatens the Mughal Empire. This is Amita’s second novel after A Spoke in the Wheel, which was set during the period of Emperor Ashoka’s rule.  The novel took about 15 years to reach its culmination with the interspersion of other works such as The Portuguese Sea Forts of Goa, with Chaul, Korlai and Vasai along the way. It was mainly reworking the original writing and more in depth research that took up time. ‘I changed my attitude to the story and the way I looked at how it should be written because of exposure to ideas about caste, about anti-caste struggle, because basically this is an anti-caste story,’ says Amita.  The struggle of taking the research she had done and drawing a well-crafted appealing story out of it was a real one
Post a Comment
Read more 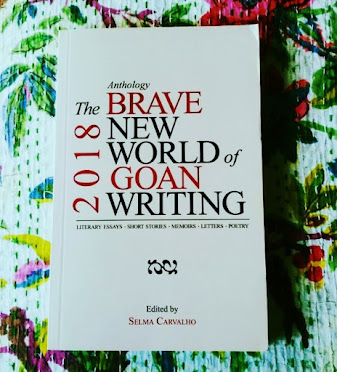 The Joao-Roque Literary Journal came into existence on the 1st of January 2017. Conceptualised by Selma Carvalho, the online journal had its first anthology released in its print avatar titled The Brave New World of Goan Writing 2018 at the Goa Arts and Literature Festival 2018. The objective of the journal is to glean the best of Goan literary talent and showcase it. Mentoring and rewarding fiction and nonfiction Goan writing is also part of the aim of establishing the Joao-Roque Literary Journal . The anthology contains letters, memoirs, poetry, short stories and literary essays from Goan authors. The journal strives to encourage the values of tolerance and diversity that embody the Goan culture, therefore translations of Konkani and Portuguese writing are welcomed. The literary compositions of gender and sexual minorities are promoted as well. The journal invites original contributions from Goan writers, but reserves the right to sift through them to select only the best and highes
Post a Comment
Read more 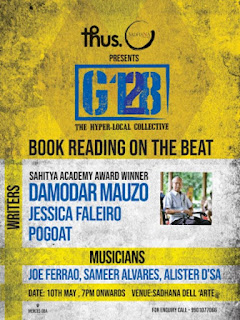 There is a new trend in the literary world in Goa: one that promises to set your foot tapping while listening to engrossing tales. That’s right – we are to be entertained by musical book readings. The author of Fair-Weather Brother , Pogoat, has already dipped his toes into this new experience at 6 Assagao with much success. Pogoat tells us that combining music with book readings is not an invention of the 21st century, beginning somewhere in the 1950s with great credit to the efforts of Jack Kerouac, American novelist, poet, and leader of the Beat Generation literary movement. Pogoat says, ‘Book readings with music go back a very long way, back into the 1950’s when the blues and jazz scene began to explode in America and the beat writers mixed it all up with prose and poetry. But the writer who took the art of musical reading to the mainstream media was Jack Kerouac. Jack claimed to know jazz more than any other writer, and his book readings with jazz music were culture defining momen
Post a Comment
Read more
More posts